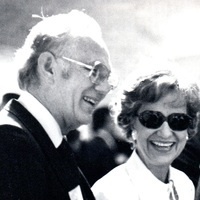 Education for a New Age: The Transition of Society from a Myth of Fact to a Myth of Imagination

Education for a New Age The Visionary Teachings of Donald A. Cowan
The Archive Seminars | Spring 2021

In our current world of fear and desperation, is it possible to gain a vision of hope for the future? Donald Cowan, the University of Dallas’s third president, shared such a vision in the many speeches he gave and essays he wrote on education, science, and society. For him, hope is the very function of imagination: an imagination shared by a people creates the space for a shared future. But the sharing of imagination must be accomplished and refined through education. In writing, speaking, and forming the backbone of the University, it was Cowan’s constant effort to place the goal of a hoped-for society and the means of education in touch with each other.

Starting Thursday, January 28, 6:00-8:00 p.m., the Cowan Archive invites students, alumni, and friends of the humanities everywhere to get to know the mind of Don Cowan, physicist, educational leader, and visionary, and gain for yourselves a vision of hope in our dark time.

January 28: The Mission of Universities and the University of Dallas.
February 11:  The Nature and Significance of Liberal Education.
February 25: The Transition of Society from a Myth of Fact to a Myth of Imagination.
March 11: The Role of Secondary Education and the Principal’s Art of Leadership.
March 25: The Roles of Science and Technology.

Please email Cowanarchive@udallas.edu to receive the Zoom link to these sessions.

This event content is powered by the Localist Community Event Platform.